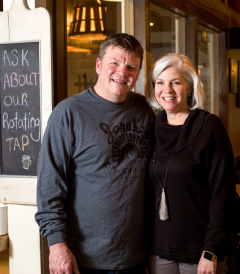 Eric Thomas always dreamed of having his own business, and pizza is his craft.  Thanks to an early career in a successful Italian restaurant franchise, he felt confident he knew what it would take to run a restaurant well.  The challenges were finding the right place at the right time, and gaining the support of his wife, Laurie.

In early 2018, both worked as teachers and lived in High Falls, Georgia, commuting to their schools each day.  For Eric that included a daily trek to Atlanta, for Laurie it was Warner Robins.

While having dinner with friends one evening, Eric and Laurie learned Jonah’s on Johnston, a well-established restaurant in Forsyth, was for sale due to the impending retirement of its owners.  An informal dinner conversation propelled a dream into action.

“My life has been full of happy accidents,” explains Eric.  This unexpected turn of events was an example. “We love the High Falls community and didn’t want to leave.  When we learned Jonah’s might be available, we immediately made phone calls to investigate.”

Within a few weeks, Eric and Laurie were ready to seek funding for the project.  Enter United Bank. The Thomases were introduced to Cole Davis and Matthew Peeler at the Forsyth, Georgia office, and sat down to discuss Eric’s business plan and the opportunity at hand. 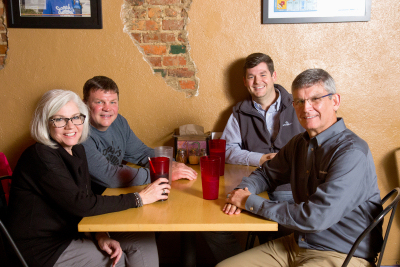 “There was something different about Eric’s vision,” explained Matthew. “As I listened, my gut just told me that there was no way that it would fail.”

Lenders cannot make decisions on gut instincts alone, but it helps when intuition works in concert with the numbers.  “Restaurant ownership is a hard business. It’s one of the toughest loan types to underwrite because margins can be very tight and so many borrowers lack the skills of running a restaurant.”  Eric’s early work experience and connections with suppliers in the industry were big advantages. 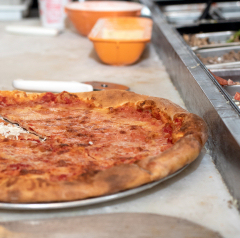 Eric calls himself an “old school pizza guy.”  He believes in fresh ingredients and a simple menu.  He wanted to create an informal, family-oriented atmosphere where the community could gather, connect and watch the pizza kitchen in action.  He worked alongside the former owners, David and Bonnie Barker, for a month before the business exchanged hands, allowing him to observe the small operational details. After rebranding and a few months of lessons learned, Eric and Laurie were on their way to becoming Forsyth’s most talked-about pizzeria.

The business marked its second anniversary in December 2020.

The Hopes and Dreams Business of Lending

United Bank celebrates success stories like Jonah’s Pizzeria because building communities is a core belief of the company.  “As a lender, I enjoy helping people get from point A to point B,” says Matthew. “Many folks have done that for me in my personal journey, and I want to do the same for my customers.” 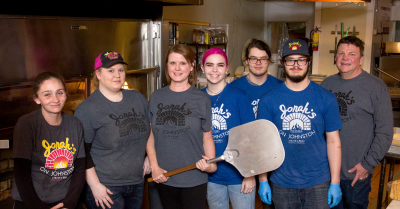 “We are in the ‘hopes and dreams’ business,” adds Cole Davis, President of United Bank’s Forsyth division. “United Bank is honored to partner with Eric, Laurie and their employees.  We thank them for bringing another great business to downtown Forsyth, enriching all of our lives and the community we love.”

Read more on our accessibility statement