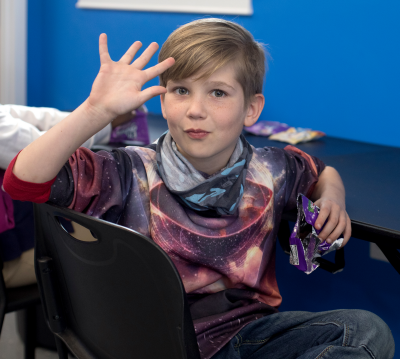 In January, 2020 the Barnesville-Lamar Boys & Girls Club opened its doors to the children of Barnesville, Ga., welcoming 25 children into its programs during the first year.  The leaders of United Bank have shared a passion for its development from the very beginning.  Joe Edwards, Vice Chairman of United Bank, served as the Club’s first chairman. Andy Bush, a United Bank Director and local Barnesville businessman, served as Vice Chair. Former United Bank Director Peter Banks led the city council in assisting with donations and construction of the building.  The leadership of these gentlemen inspired many individuals, foundations, and business owners to follow with their own contributions and support.

The mission of the Boys & Girls Club is to enable all young people, especially those who are in need, to reach their full potential. This goal was the vision Joe Edwards had in mind when he presented the idea to the Barnesville Rotary Club.

“I knew very little about the Boys & Girls Club before October 2018,” explained Edwards. “Bob Mason, a native of Madison, Ga and former director of United Bank, shared a powerful statement, that all the kids who remained active in the Madison-Morgan County Boys and Girls Club over its ten year history graduated from high school with no teenage pregnancies. I read endorsements from Denzel Washington, Evander Holyfield and others regarding the strong influence their clubs had on their lives.

“Then a group of Barnesville Rotarians visited the Madison Club and were so impressed by its leadership team and the courteous enthusiasm shown by its members. It became obvious that we needed a club in Barnesville. School leaders, our elected officials, and the Rotary Club all committed to making this project a reality.”

The values that the Boys & Girls Club share are integrity, collaboration, accountability and respect. The Club provides programs like Power Hour, which assists in homework and Money Matters, a program designed to teach the children good financial management skills. The Club also offers courses that help in future career endeavors. The overall goal is to engage children in activities that allow them to cultivate their interests while building character.

Sandra Watts serves as Director of the Club, sharing her 20 plus years of experience within the Lamar County school system. She is well known throughout the community of Barnesville for her passion for education and children.

“We want to provide a safe place for the children where they can have fun and learn. The parents are grateful for their kids to have time with their friends and find themselves,” explained Sandra.

The Boys & Girls Club offers the children of the community a robust set of programs, and Sandra and the Board members look forward to seeing participation numbers grow as those programs continue to develop. 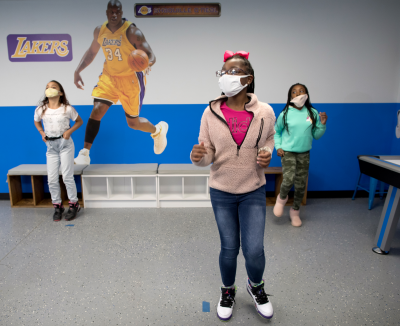 “I was honored to be a small part of the inception of the Barnesville-Lamar County Boys & Girls Club,” said William Tuttle, United Bank Barnesville’s President, who serves as the Board Treasurer for the Club. “The leadership of Joe Edwards and the full backing of the community show the importance and necessity of this service in support of the youth of Lamar County. I’m proud to serve on the Board and look forward to the future program.”

United Bank is committed to making its communities the best places they can be.  See our Mission and Belief statements to learn more about what is important to us.

This article originally appeared in the 2021 issue of OUR STORY.

Read more on our accessibility statement